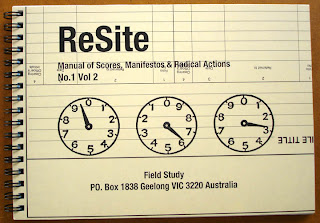 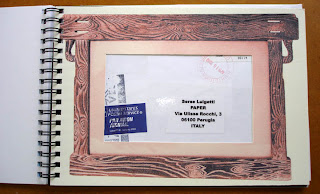 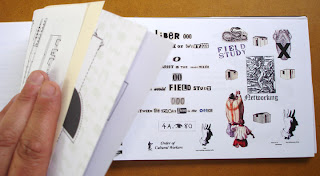 Welcome to ReSite’s new format as a wire bound manual. The cover depicts the gas-meter dials in Flann O’Brien’s novel, At Swim-Two-Birds.

ReSite is an assembling publication where pages have an element of audience participation or interaction. ReSite is part of the tradition of Fluxus editions where anyone can perform a Fluxus action or score. In addition to this performance-based approach, ReSite taps into the rich tradition of the avant-gade with contributions of manifestos and documentation of art actions.

ReSite encourages participation by writers and musicians to produce visual scores and manifestos as well as continuing the call for contributions by conceptual artists.

Posted by david dellafiora at 11:08 PM