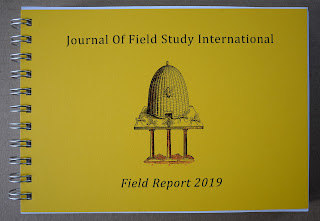 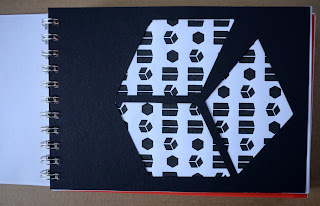 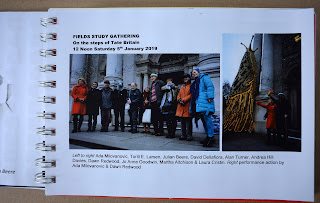 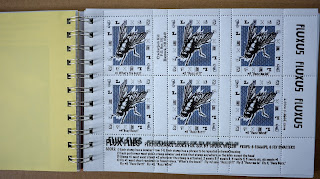 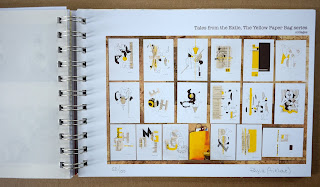 The Journal Of Field Study International

The Field Report has reached the symbolic milestone of 25 years of publication and remains a tangible artefact of the mailart network. Initially conceived as a magazine of possibilities and a directory of Networkers, the first call out was for work that went beyond the boundaries of the gallery. The first edition took the form of a box of broadsheets featuring pieces by the mailart Network and records of Field Study emanations and manifestations, but by the second edition had taken its current form as an assembling publication.

Housed behind the imagery of the hermetic beehive (a masonic symbol of industry), 2019’s emanations take multiple forms, from artiststamps, through to collage, text based work, documentation of performances, events and a taxonomy of art gallery toilets. Fortieth anniversaries are also celebrated, in particular by Artpool and FEMAILIST Carol Stetser. 2019 also saw the Field Study meeting at Tate Britain which is documented here. The meeting featured artists from across Europe performing work and exchanging ephemera.

The Field Report is the annual of Field Study International, produced since 1996 in the form of an assembling book. Artists are invited to create an edition of 100 pages conceived as a ‘Field Study Emanation’. Works include documentations of performances, actions, instructions, manifestoes, journey works, tracts, rants, instructions, manifestoes, reflections and experiments. Each issue contains the work of about fifty artists. Size14.5x21cm, wire bound, hand stamped, numbered.
A limited number of the 2019 Field Reports are available for sale cost $60 US (includes international p+p) email for details

Posted by david dellafiora at 11:58 PM