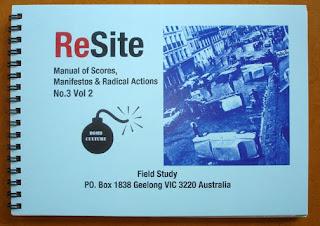 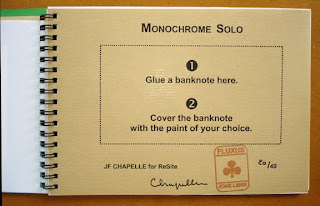 We call on all cultural workers to reclaim and occupy the streets with your original Cavellini sticker, enclosed in each issue of ReSite no.3 vol.2!

This year has seen social unrest, the Arab Spring, economic crisis and the rise of the Occupy movement. This year also saw the publication of 100 Artists’ Manifestos: from the Futurists to the Stuckists by Penguin Classics and the Clean Up London broom action after the riots. The year’s upheavals are reflected in the artworks contained here: from the Monochrome Solo call to action to Simon Warren’s dytopian postcards.

ReSite encourages participation by writers and musicians to produce visual scores and manifestos as well as continuing the call for contributions by conceptual artists. Please pass on the word to anyone who would like to be in future issues.

Posted by david dellafiora at 6:26 PM