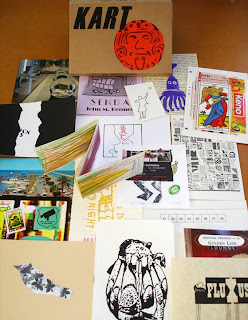 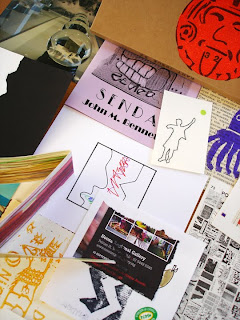 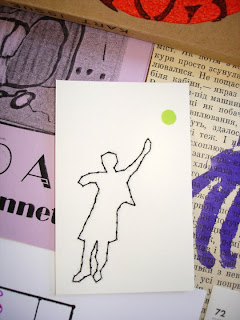 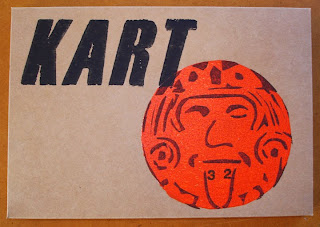 Welcome to the 32nd issue of KART, an instant art collection in a box!

This is the first edition for 2012. Depicted on the cover is the George Maciunas Fluxus motif that he derived from an Aztec face. The Aztecs are not too far away from the Mayans which reminds us of the possible end of the world this year, predicted in their calendar as 21st December!

KART magazine is an assembling publication created to promote artistic and cultural diversity. KART is an ongoing project with no deadlines, and work is accepted on a continuing basis. KART is produced in limited editions of 40, each box containing works by 15 artists. This edition has 18 artists!

Posted by david dellafiora at 12:14 AM